Rinse and repeat these tracks for they will make your life complete.

January is officially done and dusted so we can all move on with our lives and look forward to Spring. To get everyone in the mood I have created a new music playlist to celebrate all that is shiny and fresh in the world of pop. It features some of my favourite up and coming singers, as well as new music from some old favourites. I’ve also added two odd songs out to the playlist so have a look out for them. The songs aren’t new but if you’ve been checking Twitter recently you’ll be aware that this band in reforming and releasing new music incredibly soon which is mind-blowingly fabulous! Let’s hope their new stuff is as good as their old tunes.

So sit back and enjoy Diary of a Pop Fan’s Hitlist. I promise you won’t regret it. 🙂 Here’s a bit of extra information about some of my favourite picks from the playlist and people you should watch out for:

Troye Sivan is officially my new favourite person. As a technology-illiterate philistine caveman who only recently started watching YouTube bloggers (I saw it as a waste of time OK!) I had never seen Troye’s YouTube video posts before now, which are actually pretty awesome and entertaining so you should check that out. His “Boyfriend Tag” video with Tyler Oakley is really sweet too. Plug alert! :0

Moving swiftly on, “Youth” is the third single from his first full length album Blue Neighbourhood and the centrepiece of the album. On the track Troye celebrates the joy and craziness of youth. It’s a confusing time full of change and uncertainty but Sivan managed to locate the beauty in the madness. It’s a theme which has previously been tackled but rarely as effectively.

Birdy – Keeping Your Head Up

WHERE HAVE YOU BEEN BIRDY! I know “Wings” had a resurgence last year due to the Lloyds advert and she dueted with Rhodes on “Let It All Go”, but it’s been absolutely ages since we’ve had a proper new album from the talented Hampshire-native. Fire Within was two and a half years ago for heaven’s sake. Don’t do that to us again! In case you hadn’t noticed I am incredibly excited for Birdy’s new album Beautiful Lies which is coming out March 25th!!!! One for the diaries people! Lead single “Keeping Your Head Up” is a welcome change of pace for someone who cut their teeth doing stripped back piano covers. It’s possibly the first properly upbeat song I’ve heard Birdy do but she still manages to retain that same ethereal, angelic vibe found in her previous work. If “Keeping Your Head Up” is anything to go by, Beautiful Lies will be a thing of majesty. A little bit of pop brilliance here from someone who I previously felt had never really achieved one iota of her potential. Ed Sheeran’s former beau (“Nina” on his X album is written about her) has gone down an edgier route for her latest EP. The 21-year old Scotswoman had previously underwhelmed with the woeful “Selfies” and its patchy, heavy-handed parent album Peroxide but it sounds like she’s finally found herself on “Chewing Gum”. The beginning sounds a bit like Tove Lo’s “Talking Body” and the piece is clearly lyrically inspired by Annie’s “Chewing Gum” but what is pop if not derivative. Either way, the change in direction makes me very excited for her new EP Modern Love. Time to fulfil all that star potential love.

Lion Babe – Where Do We Go

So it turns out Lion Babe have been knocking at the door of fame for quite a while now with limited success. I am confident however that the relentlessly cheery neo-soul disco jam “Where Do We Go” will give the NYC duo the break their sorely deserve.

After bursting onto the scene with the flawless Zedd-produced “Clarity” Foxes has enjoyed a considerable amount of solo success with her debut album Glorious going top 5 in the UK. While her debut did have some standout tracks such as “Holding Onto Heaven” and “Let Go For Tonight” generally her music tends to be on the more generic side. Don’t get me wrong, she really does have a lot of personality and pop potential but her lyrics are often very airy-fairy and the tracks overproduced. Her current single “Amazing” is a perfect example of this. Foxes is best when she pairs down the layers and strips the music back to its bare bones which she does on promotional single “Devil Side”. Her second studio album All I Need is out in a couple of days so let’s hope for more of this.

Woman of the moment Alessia Cara is currently ruling the airwaves with her introvert anthem “Here” but that’s just the tip of the iceberg. The 19-year old Canadian’s debut LP Know-It-All has a lot to offer. “I’m Yours” is a witty, well written pop song which plays on Cara’s moody public persona perfectly. This will be her big pop moment.

I have been very vocal about my feelings towards One Direction over the years. They weren’t my favourite on the X Factor and I didn’t feel that their music matched up to the hype but something about their latest (and probably last) album Made in the AM has had me eating my words. I was shocked when I actually really liked “Drag Me Down” which compelled me to buy the album in a state of stunned surprise. Upon listening to it I have to admit that it’s one of the most enjoyable and consistent pop albums I have heard in recent years. I feel like I finally “get” 1D in terms of their music and personalities (their carpool karaoke was great in introducing me to their individual personas). Obviously it’s extremely ironic because they’ve broken up now but hey better late than never! “History” is my favourite track from Made in the AM and a stellar pop song to boot. They could have done some sobby ballad about breaking up but instead they’re celebrating all the good times and moving on with their lives. It’s a true anthem with a shout-a-long chorus and hand claps. IT’S JUST GOT EVERYTHING OK! I’M OFFICIALLY A LAST MINUTE CONVERT! Also, my mum loves this one too so shout out to mum!

Dua Lipa – Be the One

So this is a really good shower song. Too good in fact. I was doing handclaps and jigging so much that I almost slipped and cracked my head open in the shower last night. “Be the One” should come with a warning label “Achtung! Dangerously Good Pop!”. On a more serious note, this woman is on the rise. Signed to the same label as Lana Del Rey, Dua Lipa emits the same effortlessly cool vibe as her labelmate but with a totally different sound. Incredibly excited to see what she will do next.

In a popscape dominated by romantic love of all kinds it is still quite rare for popstars to write about platonic relationships. So, in a touching move, on “Army” Ellie decides to pay homage to her friend who has been with her from the very first gig. The track itself is from the same epic electro-love ballad cookie cutter as global smash “Love Me Like You Do” but with a little more Ellie personality. Radio 1 have been playing this to death so it should be another hit for the Hereford lass. 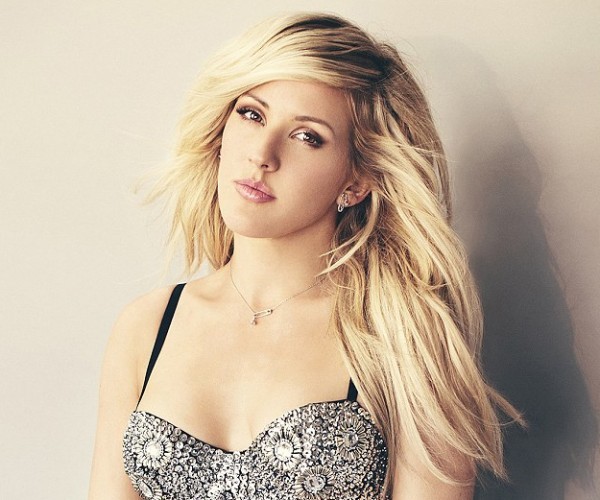 Released as a promotional single preceding the launch of their seventh studio album A Head Full of Dreams “Everglow” has already done the rounds but it’s a track which has a lot of enduring appeal due to its vulnerability and subtlety. It’s not as loud and brash as some of the tracks on A Head Full of Dreams but it’s charms unfold over time, making it ultimately more rewarding. The track was inspired by a surfer dude who mentioned the word “everglow” in a conversation with Martin in the sea and it stuck with him, inspiring him to write this charmingly sincere ballad about the enduring spark of a relationship. It’s also nice to see Paltrow and Martin have ended things on a good note after their “conscious uncoupling”

This is a track to make you stand up and take notice. It also comes Taylor Swift-recommended and if Tay-Tay says this song will make your life more awesome you had better believe it’s frickin’ awesome! The green-haired siren Phoebe Ryan will undoubtedly be massive once she gets her break. Previously known for her Miguel/R Kelly mash up, Ryan is a star on the rise who must have amazingly on-point musical sensibilities to create a track like “Mine”.

Here’s a few words from the woman herself about the inspiration behind “Mine”:

“‘Mine’ is kind of about hitting a rough patch in your life. You’re down on the floor, everything sucks. It’s really hard to pick yourself back up,” she explained. “You start putting together all the pieces and you start working on yourself, and then you realize you get to a point where the good and bad mistakes I’ve made — everything is all yours you have to own up to everything, good and bad.” 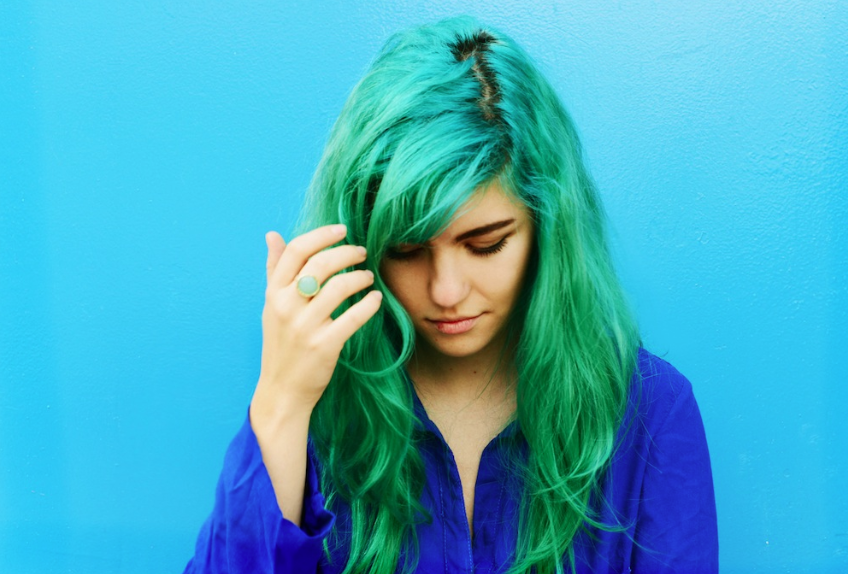 So Sia released her seventh studio album This is Acting last Friday and I have been mercilessly rinsing it ever since. The whole set is a masterclass in powerhouse pop with awe-inspiring vocals and heartfelt lyricism. It keeps switching but “Broken Glass” is currently my favourite which is probably something to do with the fact that I can’t resist a good key change and on “Broken Glass” Sia goes through more of these than a hyperactive, insomniac locksmith. While “Broken Glass” does have some intriguing production, especially the oriental section at the beginning, it is essentially a very simple classic power ballad about not giving up on young love. It’s the perfect song to belt out in the car and a future possible X Factor scream-a-thon for wannabes (if the show carries on after this year…)

Other playlist highlights include: